Mike Wilkinson has persuaded Court not to discharge the Council’s undertaking even if it was illegal (but also because it was not illegal).

Acting for a residential tenant, Dr Wilkinson (instructed by Scott Amison at Dickson Solicitors) successfully resisted an application by Stoke-On-Trent City Council to discharge an undertaking they had given in connection with earlier possession proceedings.

The Council argued that they had given the undertaking by mistake and that it should never have been given or accepted by the Court as compliance with it constituted a technical breach of regulations passed under the Health and Safety at work etc Act 1974.

The undertaking was not to inspect their tenant’s gas installations as part of annual gas safety inspections.

Their argument was rejected by Deputy District Judge Buckley who refused to exercise the Court’s exceptional discretion to discharge their undertaking.

Dr Wilkinson successfully argued that there was no illegality as the gas appliances were owned by the tenants and in any event there had been no real change of circumstances since the undertaken was freely given so as to warrant later discharge by the Court.

Applying the principles discussed by Lord Wilson in the Supreme Court case of Birch v Birch [2018] 1 All ER and LJ Potter in the Court of Appeal case of Di Placito v Slater [2004] 1 WLR 1605 Judge Buckley agreed that the need for finality weighed against the exercise of discretion in a case where there were no special change of circumstances.

Whilst the Court has a jurisdiction to discharge or vary undertakings, it will only rarely be exercised if there has not been any change of circumstance, especially if the undertaking is due to run generally and not until further order, significant time has passed since it was given, or it was given as a part of a bargain affecting the parties rights and liabilities. 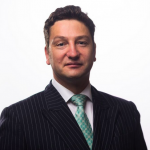