A CASE NOTE: RELEVANT JUDGMENT REGARDING ALLEGATIONS OF INFLICTED INJURY

One of the most alarming trends seen within lockdown and subsequent restrictions has been the continuing rise in incidents of harm to the youngest and most vulnerable. Here, Arron Thomas looks at the Judgment in the case of Re GC v A County Council v Ors which is relevant to cases involving inflicted injury.

A Case Note: Relevant Judgment regarding Allegations of Inflicted Injury

1. On 6th November 2020, OFSTED’s Chief Inspector, Amanda Spielman, gave a speech at the National Children and Adult Services (NCAS) Conference. At page 4, Amanda highlights one of the most alarming trends seen within lockdown and subsequent restrictions: the continuing rise in incidents of harm to the youngest and most vulnerable of all children, the under 1s. She makes the point that babies can’t tell an adult if there is a problem. Often, abuse is only uncovered if there is a critical injury, or when it’s too late with another young life damaged or lost before it has had a chance to begin.

2. This is likely to translate into an increased workload for the Court Service in respect of all cases and, in particular, those cases involving inflicted injury. To this end, the case of Re GC v A County Council v Ors [2020] EWCA Civ 848 (decided on 3rd July 2020 yet recently published) is an interesting and relevant decision.

3. This case concerned a child, G, who had sustained a small displaced oblique fracture of the right parietal bone with a 5mm subgaleal haematoma overlying the fracture site. At the stage she was admitted to hospital, none of the adult family members could provide an explanation for the injuries and in the absence of such an explanation the treating doctors concluded that the injuries had been inflicted non-accidentally. Proceedings were instigated firstly for an EPO, and then ICO, with G and her mother residing at a mother and baby foster placement. A fact finding hearing was listed July 2020.

4. The findings sought by the local authority in its ‘threshold’ document included ‘that the mother and/or the father are unable or unwilling to account for this injury and they are either responsible for causing this injury to G and/or know who was responsible for causing this injury and are withholding this information, thus failing to protect G whilst in their care or the care of another’. In the course of the police and social services investigations, the mother reported that G had fallen off a bed on 12 December 2019 and that, on another date shortly after Christmas, she had fallen onto a toy truck.

5. A consultant neuroradiologist and a retired consultant paediatrician, agreed that the injuries probably occurred at the same time. Dr Saunders advised on the basis of the CT scan performed in hospital on 4 January that the fracture was sustained in the period of ten days prior to the scan. Dr Rylance’s opinion as to timing was more precise.

6. After receiving the experts’ first reports, the grandparents told a social worker about a further incident said to have occurred on the late morning of 3 January when G had fallen while pushing a baby walker and hit the side of her head on a wooden play table. They also said that they had mentioned this incident to a triage nurse at hospital. Their accounts, in statement form, were shown to the experts. Dr Rylance concluded that the incident described by the grandparents was ‘a plausible cause’. Dr Saunders’ opinion was that he cannot say it was a ‘likely’ clause, but that it could not be excluded as a remotely possible cause of the fracture. Subsequently, in an experts’ meeting Dr Saunders added that the fall onto the table described by the grandparents was ‘highly unlikely but not impossible’ as a cause of the injuries. Dr Rylance made a number of observations about the proposition, concluding that he could not exclude it as the cause.

7. The next case management hearing was listed on 12 June, two days after the experts’ meeting. On the day before the hearing, the local authority informed the parties that they intended to apply for permission to withdraw the application for a care order. At the hearing, the application was supported by the parents but opposed by the guardian. After hearing argument, the judge delivered a judgment in which she granted the application. The guardian applied for permission to appeal the decision, refused by the judge.

8. In the approved note of judgment, it is recorded that the judge observed that both Dr Saunders and Dr Rylance “agreed that the likelihood was that both the fracture and the hematoma occurred during one incident and that they agreed the 24 hour window. That had a significant impact because during that time frame the child was being cared for by [maternal grandparents] who were more experienced, safe and mature carers for G. The case was not straightforward because the causation of the injury was unclear. There were no other features in this case that indicated that this was a non-accidental injury. Save for a lack of explanation.”

9. The judge then set out the grandparents’ account of the fall onto the table and continued (according to the approved note of judgment): “the parents were not looking after G during the period when this incident. On balance of probability the experts – a plausible explanation has been put forward by the grandparents as to how G sustained the injury.”

There follow these paragraphs in the approved note of judgment:
“Local authority have insufficient evidence to cross the threshold for the LA to continue with the advocation of their application. The current state of the evidence to suggest that the court should revisit this evidence by testing out the evidence of the lay parties – put on the court an impossible evidential burden – the court will not be in a better position than it is at the present time.
Parents are entitled to see the evidence put against them. They have met that case, there is no further evidence to meet. To expect them to go into the witness box is to reverse the burden of proof is contrary to the whole ethos of the stat of s.31 of CA.”

10. Having referred to A Local Authority v DP, the judge concluded that:
“the evidential burden remains the same. It is not necessary, proportionate to pursue a fact find”.

11. The children’s guardian advances the following grounds of appeal:

12. As an aside here, one can see the difficulty the judge found herself in. This is a busy court centre and a very experienced judge. One can also see the potential for difficulties we may face as practitioners in the face of a backlog of cases to cover and the need to conduct a sober analysis of the evidence presented and to avoid the temptation to be too focused on outcome. Let us look at the medical evidence:

13. It is difficult to see how the court could have concluded that the test for withdrawal of the proceedings was satisfied on the medical evidence. Under rule 29.4(2) of the Family Procedure Rules 2010, a local authority may only withdraw an application for a care order with the permission of the court. For those interested, the following cases deal with the interpretation of this rule: A County Council v DP and Others [2005] EWHC 1593 (Fam), J, A, M and X (Children) [2014] EWHC 4648 (Fam), A Local Authority v X, Y and Z (Permission to Withdraw) [2017] EWHC 3741 and finally Redbridge London Borough Council v B, C and A [2011] EWHC 517 (Fam).

14. The take away from the above-named cases is there are two categories of cases when dealing with applications to withdraw care proceedings. First, the local authority would be unable to satisfy the criteria for making a care or supervision order under section 31(2) of the Act. In these cases, the application must succeed and in order to do so, the inability to satisfy the criteria must be obvious. These cases are extremely rare. The trial judge fell into error as she found that the above facts fell within the first category and was ‘obvious’ but the reality is this was far from a case where the inability to satisfy the threshold criteria was ‘obvious’.

15. There is also a second category. This concerns cases where it is ‘possible’ for the local authority to satisfy the threshold criteria. Here, it is necessary to consider whether withdrawal of the care proceedings will promote or conflict with the welfare of the child concerned, and the overriding objective under the Family Procedure Rules. McFarlane J (as he then was) in A County Council v DP set out the relevant factors:

“It cannot be over-emphasised that it is the judge, not an expert or group of experts, who has the responsibility of making the findings in family cases involving allegations of child abuse. Only the judge hears the totality of the expert evidence, including cross-examination by specialist counsel which often, as in this case, brings to the fore issues that are less apparent from the written reports. Only the judge considers all the expert evidence together, and has the opportunity to identify strands and patterns running through that evidence. And only the judge is able to consider all of the evidence – including expert medical evidence and the testimony of family members and other lay witnesses.”

17. The seemingly obvious point is made her about the necessity of the judge and not the parties to decide on the findings sought and hear the evidence and consider the arguments Lord Justice Baker refers to this case as a ‘paradigm’ example of a case where a judge needs to hear all of the evidence, to assess whether the lay witnesses’ evidence is reliable and to consider it in the context of the medical and all of the evidence. Lord Justice Baker goes a step further by indicating that ‘it is simply not possible for the judge to reach a conclusion as to the cause of G’s injuries on the basis of the written evidence alone’.

18. When acting on behalf of children, it is therefore necessary to consider this helpful case and decide whether the facts of one’s case fall within the first or second category under rule 29.4(2) FPR 2010. Most cases will fall within the second category in which case it is necessary to invite the court to consider the criteria set out by McFarlane J (as he then was). In most cases, the outcome will be that the court should hear all of the evidence before making a decision on threshold in circumstances such as these. The outcome of such cases is of significant relevance to the future care plans of children. Such findings will inevitably have a significant impact on the future care plans of a child. Alternatively, if a court concludes that a local authority has failed on the balance of probabilities to establish that such injuries were inflicted, such a finding will also impinge significantly upon a child’s future.

The application of the rules correctly will ensure that all children, especially those in the most vulnerable category, receive just outcomes. 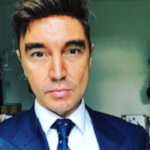 Arron Thomas is a member of the Family Department at 18 St John Street Chambers. If you have any queries about this or any other related subject, please feel free to contact us on our usual contact details and we will be delighted to assist you.