Christopher McNall secures permission to appeal from the Court of Appeal to the Supreme Court.

A three judge panel of the Supreme Court, led by Baroness Hale, has granted an application for permission to appeal the decision of the Court of Appeal in Matthews v Sedman [2019] EWCA Civ 475. As the grant of permission recognises, this is a milestone case on the law of limitation, and its operation in ‘midnight deadline’ cases.

The appeal will be heard at the Supreme Court in London in the New Year.

Christopher McNall is led by Jeremy Cousins QC at Radcliffe Chambers, London, and is instructed by Barry Dearing at Steele and Son, Clitheroe. 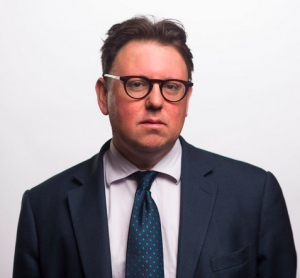 Christopher McNall specialises in disputes about tenanted and freehold farms and land (and especially agricultural tenancies under the Agricultural Holdings Act 1986), taxation (especially of agricultural land), proprietary estoppel, and inheritance.

Christopher was Consultant Editor for the ‘Agricultural Holdings and Allotments’ title in the 2018 edition of Halsbury’s Laws of England and writes the ‘View from the Bar’ column for the Agricultural and Rural Affairs section of Practical Law. His book, ‘A Practical Guide to Agricultural Law and Tenancies’, is available to buy on Amazon.

For more information on Christopher McNall please contact a member of our Business and Property Clerking Team on 0161 278 8261 or email businessproperty@18sjs.com