“another question which arose was as to whether the husband’s conduct in relation to financial matters after the separation was relevant. … Such conduct must be taken into account because a spouse cannot be allowed to fritter away the assets by extravagant living or reckless speculation and then to claim as greater share of what was left as he would have been entitled to if he had behaved reasonably”

“[77] In my judgment, there is no answer that the husband can sensibly give to the question, ‘Why should the wife be disadvantaged in the split of the assets by the husband’s reckless expenditure?’ A spouse can, of course, spend his or her money as he or she chooses, but it is only fair to add back into that spouse’s assets the amount by which he or she recklessly depletes the assets and thus potentially disadvantages the other spouse within ancillary relief proceedings.”

“[77] … a modest overspend in the context of a rich man would be understandable and could not be classified as reckless ….”.

“[14] … the only obvious caveats are that a notional re-attribution has to be conducted very cautiously, by reference only to clear evidence of dissipation (in which there is a wanton element) and that the figure does not extend to treatment of the sums we attribute to a spouse as cash which he can deploy in meeting his needs, for example in the purchase of accommodation”

The judge determined that the husband would not provide for the wife and children and, therefore, the only way of enabling the wife to be able to provide for them was for her to retain ownership of the business. The wife would receive £1.73m and the husband would have £634,000 providing his mother did not want repayment of a loan amounting to £610,000. The judge found that the departure from equality was necessary to meet the children’s needs and to meet the wife’s debts, which the husband had, in part, caused.

The husband appealed on the basis that the judge had not taken his needs into account.

The Court of Appeal firmly reminds practitioners that the incurring of unreasonable costs may, of itself, be a s.25 factor which justifies a different award being made in favour of the “innocent” spouse rather than simply making an adverse costs order (see, for example, the decision of Moor J in R v B and Others [2017] EWFC 33). Moylan LJ continued:-

“[78] The depletion of matrimonial assets through litigation misconduct will plainly not always be remedied by an order for costs. As I have said, such an order simply reallocates the remaining assets between the parties and does not necessarily remedy the effect of there being less wealth to be distributed between the parties. What is important is that, whether by taking the effect of the conduct into account when determining the distribution of the parties’ financial resources (both income and capital) and/or by making an order for costs, the outcome which is achieved is a fair outcome which properly reflects all the relevant circumstances and gives first consideration to the welfare of any minor children.”

“[80] However, in saying this, he did not mean that the financial effect of litigation conduct cannot impact on a needs-based award. I agree with Moor J in R v B when he said that, if required to achieve a fair outcome, the court ‘must be entitled to prioritise the [needs of the] party who has not been guilty of such conduct’. It is clear from the outcomes in M v M and B v B, as referred to above, that the financial consequences of the litigation misconduct, perhaps combined with other factors, might be such that it is fair that the innocent party is awarded all the matrimonial assets. In this respect, I also agree with Moor J’s observation that an order can be made which does not meet needs because to exclude that option ‘would be to give a licence … to litigate entirely unreasonably‘.

In egregious cases the practitioner representing an “innocent” non-dissipating spouse should not shy away from seeking an order which has the effect of reducing the “guilty” spouse to a level where they cannot even meet their accommodation needs.

Similarly, practitioners should not hesitate to rely on this authority when faced with a spouse whose expenditure on costs (whether in the financial remedy proceedings themselves or in relation to other [children] proceedings) is overwhelmingly disproportionate to the issues involved in the case. Many solicitors will have the experience of seeing an opponent’s Form H which is eye wateringly excessive in comparison to their own. This case provides some means of seeking to rectify that disparity. 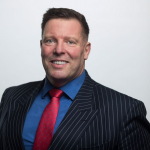 Known for his robust and thorough approach to cases, Stephen Murray originally pursued a career with the Derbyshire Constabulary. After two years in the police service he left to go to university; graduated with a law degree from Leicester University in 1985 and was called to the Bar in 1986 by Inner Temple having come in the top 8% in the Bar Finals and won two separate scholarships.

In his early years at the Bar, Stephen had a mixed common law practice. For many years now Stephen has specialised in matrimonial finance (with a particular emphasis on complex financial remedy cases for high net worth clients involving issues such as trusts and company valuations) and related fields, particularly applications under the Inheritance (Provision for Family and Dependants) Act 1975 and cohabitation disputes.