FIONA HOLLORAN ON DISCLOSURE IN FAMILY PROCEEDINGS RELATING TO FMPO/FGM

Disclosure in proceedings relating to FMPO/FGM.

(a) It is a fundamental principle of fairness that a party is entitled to the disclosure of all materials which may be taken into account by the court when reaching a decision adverse to that party.

(b) The court should first consider whether disclosure of the material would involve a real possibility of significant harm to the child.

(c) If it would the court should next consider whether the overall interests of the child would benefit from non-disclosure, weighing on the one hand the interests of the child and having the material properly tested, and on the other both the magnitude of the risk that harm will occur and the gravity of the harm if it does occur.

(d) If the court is satisfied that the interests of the child point towards non-disclosure, the next and final step is for the court to weigh that consideration and its strength in the circumstances of the case, against the interest of the parent or other party and having an opportunity to see and respond to the material. In the latter regard the court should take into account the importance of material to the issues in the case.

(e) Non-disclosure should be the exception not the rule. The court should be rigorous in its examination of the risk and gravity of the feared harm to the child and should order non-disclosure only when the case for doing so is compelling.

(a) Whilst an entitlement to a fair trial under ECHR Art 6 is absolute, that does mean that a party has an absolute and unqualified right to see all the documents.

(b) The advent of the Human Rights Act 1998 means it is no longer the case that the only interests capable of denying a litigant access to documents are the interests of the children involved in the litigation. That the interests of anyone else who is involved, whether as a victim, party or witness and who can demonstrate that their Article 8 rights are sufficiently engaged, can also have that effect.

(c) A limited qualification of the right to see the documents may be accessed but if directed towards a clear and proper objective. Non-disclosure must be limited to what the situation imperatively demands and is justified only when the case is compelling or strictly necessary, with the court in rigorous in the examination of the feared harm and any difficulty caused to the litigant counterbalanced by procedures designed to ensure a fair trial.

(a) in order to protect the subject of the proceedings or any other person; or

(b) for any other good reason.

7. In A Chief Constable and another v YK Sir Nicholas Wall, President, (as he the was) distinguished applications for FMPOs by reference to the Act: 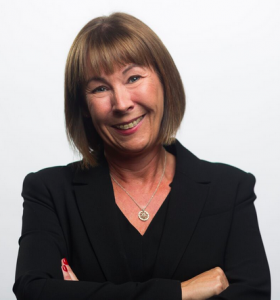 Fiona Holloran practises exclusively in the area of Family Law. Her practice covers the full range of Public and Private Law applications and she represents parents, children and local authorities in cases involving all aspects of child care law.

For more information on Fiona and the Family Department at 18 St John Street please contact a member of the family clerking team on 0161 278 8263 or family@18sjs.com.