ISSUES AND ADMISSIBILITY OF COVERT RECORDINGS WITHIN FAMILY PROCEEDINGS

Covert Recordings are a hot-topic within the family jurisdiction, presenting a headache for judges and practitioners alike. Their admissibility is usually contested, with the Court having to investigate and balance issues such as relevance, context, provenance and consent.

The then President, Sir James Munby, in Re B [2017] EWCA Civ 1579 recognised that the difficulties were such that comprehensive guidance would require considerable consultation and careful thought from a variety of bodies, including the Family Justice Council. This is no doubt correct. At first instance, Re B was a decision of His Honour Judge Clifford Bellamy (then DFJ for Leicester) who had purported to give a ‘guidance judgment’ on this issue following a private law application involving covert recordings as evidenced. This case brought the issues arising from such evidence to the fore.

The variables in each recording are huge, and can depend, for example:

o Who features in the recording;
o How it was obtained;
o If it is of a child, that child’s wishes and feelings;
o If the court or other parties have been given notice of the recordings existence;
o Subject matter;
o If any attempt was made to secure agreement.

In the author’s experience, covert recordings are becoming more prevalent. Indeed, Mr Justice Peter Jackson (as he then was) observed in M v F [2016] EWFC 29 that:

“Nowadays it is all too easy for individuals to record other people without their knowledge. Advances in technology empower anyone with a mobile phone or a tablet to make recordings that would be the envy of yesterday’s spies.”

This issue has been considered by the Courts on several occasions: in M v F (above), Medway Council v A [2015] EWFC B66 and more lately in Re B (above), to name but a few. The issue of also subject to CAFCASS guidance, and wider professional discourse in various articles and journals.

The recordings can be classified as thus:

These are two very distinct propositions, but both have been considered in some form by the Courts.

Recordings of or involving a child

The Association of Lawyers for Children argue that covert recordings of or involving should rarely be admissible in family proceedings. They assert that the terms of s.13(3)-(4) Children and Families Act 2014 ‘ “implicitly support the proposition that any direct involvement of a child in the forensic legal process should only be with the permission of and under the control of the Court’“. The sections read:

“(3) A person may not without the permission of the court cause a child to be medically or psychiatrically examined or otherwise assessed for the purposes of the provision of expert evidence in children proceedings.

(4) Where in contravention of subsection (3) a child is medically or psychiatrically examined or otherwise assessed, evidence resulting from the examination or other assessment is inadmissible in children proceedings unless the court rules that it is admissible.”

The emphasis here should be on ‘otherwise assessed’, which ALC submits implicit support for the ‘proposition that any direct involvement of a child in the forensic legal process should only be with the permission of and under the control of the Court’. This may be a matter of public policy, but the strict rules and case law around children being interviewed and giving evidence – contained within a litany of enquiries, law reports and statute – and the careful exercise which a Court must undertake before sanctioning the same, there is weight to the proposition that such matters should be carefully regulated and therefore would fall within the ambit of Section 13.

Even if a Court were satisfied that a recording of a child fell outside the provisions of s.13 of the 2014 Act, the Court, in any event, may control the evidence it receives and this includes the power to exclude evidence that would otherwise be admissible (see FPR 22.1).

Disapproval of this type of evidence is echoed by the injunction of the learned judge in M v F (above), where he observes in his first sentence that “[it] is almost always likely to be wrong for a recording device to be placed on a child for the purpose of gathering evidence in family proceedings, whether or not the child is aware of its presence.” Such activities normally say more about the recorder than the recorded, so said the learned judge. In this case, the Father was ordered to pay a substantial sum in costs, wasted whilst the parties digested the largely irrelevant and unhelpful recordings.

In light of these observations, one may glean that recording a child covertly is at least ill-advised and is unlikely to yield any admissible or reliable evidence in support of a case. It may well lead to an adverse inference being drawn against the recorder. The Court may well see the recording as intimidating and abusive. As mentioned, a large volume of recordings of this kind may well have cost consequences for the recorder, if a large amount of time has been wasted.

This typifies the salutary lesson of this case: the consequences of pursuing the course of action are far reaching.

Recordings of or involving an adult of professional

Recordings of this kind are quite a different proposition. It goes without saying that the most prudent approach is to seek the permission of the adult who the recorder plans to record, or simply just taking a contemporaneous note of the conversation. Recordings of this nature should, of course, be relevant to the issues to be admitted in evidence, and perhaps too be bona fide and unedited. Indeed in Re B, Munby P (as he then was) disagreed with HHJ Bellamy (as he then was) that the Family Court should strongly discourage such recordings, considering this statement to be crude, sweeping and misleading. HHJ Bellamy’s original judgment was never published as the President considered it inappropriate for a circuit judge to provide such authoritative guidance.

Indeed, these kinds of recordings can be of probative evidential value. For example in Re F (Care Proceedings: Failures of Expert) [2016] EWHC 2149, where the discrepancy between the content of a recording of a meeting between a consultant clinical psychologist and the psychologist’s report, led Mr Justice Hayden to be satisfied that the Mother had been significantly misquoted and adversely misrepresented. So said the learned judge, “the overall impression is of an expert who is overreaching his material, in the sense that whilst much of it is rooted in genuine reliable secure evidence, it is represented in such a way that it is designed to give it its maximum forensic impact. That involves a manipulation of material which is wholly unacceptable.”

Nevertheless, the Courts have also viewed covert recordings as a form of intimidation, such as Re C (A Child) [2015] EWCA Civ 1096 where the Court granted a Mother injunctive relief against a Father for persistently recording her. It should be noted that the fact of the recording, in this case, was found capable of attracting injunctive relief for the subject of the recordings (although this is always fact-specific). At paragraph 59, the Court concluded that courts are “entitled to conclude that the use of recording equipment in the context of the case overall amounts to a form of intimidation and is abusive and is therefore being capable of being the subject of an injunction.”

The ALC, in their published response to HHJ Bellamy, considered the following factors to be important. These seem quite sensible when considering admissibility:

The ALC comment that the admissibility of such evidence is highly fact-specific. This accords with the general thread from the case law.

In terms of guidance, however, this all amounts to nought. The recent case law leaves us with more questions than answers and the author very much hopes that the multi-disciplinary consultation and guidance is forthcoming sooner rather than later.

Perhaps this is indicative of a wider problem: when somebody is accused of a crime and their liberty is at stake, the police record and transcribe an interview word for word. If the police go to visit a suspect or a witness, a word for word account will often appear in the Officer’s notebook. The transcripts are agreed – sometimes signed by the other party – as a matter of course. This often forms the basis of reliable evidence for or against a Defendant in criminal proceedings. Why as open a process is not adopted by professionals working with families, as a matter of fairness when somebody’s right to private and family life is at stake, seems to the author to look like an increasingly uncomfortable position to maintain. Where trust is at a low ebb, as it often is in such situations, the importance of properly documented meetings is significant.

A comprehensive and interesting discussion of these issues can be found on the website of The Transparency Project.

For now, however, the issue of covert recordings is a sensitive and difficult balancing exercise. It can help or hinder a litigant, and the cases are highly fact specific.

Litigants considering such a course of action should take specialist advice.

18 St. John Street have a thriving team of Family Law experts who are always happy to assist and advise. 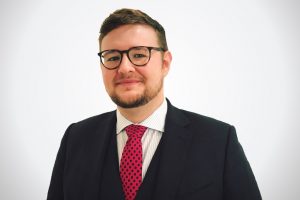 Jack Harrison is a specialist in family law and has a busy practice across the discipline. He is particularly favoured for matters relating to children. He can be found on Twitter @jackharrison

18 St. John Street have a thriving team of Family Law experts who are always happy to assist and advise. For more information on Jack and the team, click here or contact a member of the family clerking team on 0161 278 8263 or via email family@18sjs.com