Samantha Birtles looks at the recent case of London Borough of Lambeth v L (Unlawful Placement) [2020] EWHC 3383 (Fam). The case makes no new law, but very usefully summarises and reiterates the principles which apply to applications by local authorities for declarations authorising the deprivation of liberty of children in their care.

Crucially, the court makes very clear that neither the present global health crisis, nor the difficulties which are frequently encountered in finding suitable placements for children who experience significant behavioural difficulties, will provide adequate justification for a failure to make such an application, or a delay in making the same. If the court has not authorised the deprivation of a child’s liberty, and that is happening within their placement, then the child is placed unlawfully. Restriction of the child’s freedom, including the use of physical restraint, engages fundamental rights, and a breach of those rights is a serious matter which may result in a cause of action arising in a claim for damages under the Human Rights Act 1998.

The case was heard by the Family District Liaison Judge for the North West, MacDonald J. It concerned a child who had been placed in residential placements for a number of years. An application was made to the High Court by the local authority seeking the authorisation of the deprivation of the child’s liberty in August 2020. The court made the order but was, not surprisingly, alarmed to note that the child appeared to have been subjected to regimes involving physical restraint and high levels of supervision whilst in residential placements, since January 2019.

The court directed that a statement be filed from the Director of Children’s Services to explain how such an extended period of time had passed with no application made to have the placement authorised by the court.

The local authority conceded in the statement that the child had been unlawfully deprived of his liberty prior to the application to the court. It sought to limit the timescale over which the unlawful deprivation had occurred ; the court observed that the regime depriving the child of his liberty appeared to have been in place since a time earlier than that conceded, but the issue was not determined – the court clearly identified that a claim for damages on behalf of the child under the Human Rights Act would follow, and the duration of the lawful deprivation would be a matter for the court considering that claim.

The judgment of MacDonald J, with customary clarity, serves to remind practitioners of the fundamental rights that are engaged when a child is the subject of a routine which involves substantial interference with their freedoms. Making reference to Article 5 of the European Convention on Human Rights, the judge refers to the right of a child not to be detained save in accordance with procedure prescribed by law.

Further, Article 37 of the UN Convention on the Rights of the Child provides that no child shall be deprived of their liberty other than “ in conformity with the law…as a measure of last resort and for the shortest appropriate period of time“.

These rights are incorporated into domestic law. A local authority may not deprive a child of liberty, despite holding parental responsibility for the child, without the authority of the court, In Re D ( A Child ) [2019] 1 WLR 5403, paragraph 31. The guidance given by Sir James Munby in Re A-F ( Children ) [2018] EWHC 138 is set out by MacDonald J. The  “ acid test “ remains as per Re A -F, and should be applied.

Further, the process set out by Sir James Munby in Re A – F is repeated by MacDonald J, with “ no apologies “. The need for any confinement to be proportionate and necessary is clear, with the reminder that, until authorised by a judge of the Family Division, any such confinement is not lawful. Applications should be made to court where the circumstances in which the child will be living constitute, at least arguably, a deprivation of liberty.

The making of a substantive order requires a substantive hearing. The child must be a party and have a guardian, and should be permitted to express their wishes and feelings to the judge in person, should they wish to do so. The evidence in support of the application must address the salient features of the regime to be in place, the reasons why the child requires the regime, and analyse the proportionality of the same. The child’s views on the application must also be set out, with further detail included as to the views of those with parental responsibility. An update as to the child’s health should also be provided.

In terms of the interface with care proceedings, MacDonald J indicates that allocation to a s9 judge is indicated if there is a real likelihood of a declaration being sought under the inherent jurisdiction. The fact that a declaration may be sought or is sought does not however justify the care proceedings being transferred to the High Court.

The review process where a declaration is in place should occur regularly via the local authority’s usual processes, but the matter should be returned to court for review in the event of a proposed change of placement or if there has been significant change. In certain circumstances, where there has been no significant change, a judge may elect to conduct a review on the papers.

In this case, the court was heartened by the concession by the local authority as to the failings that had occurred within the authority, and also by the assurance that the local authority would undertake a review of all its cases to ensure that a similar situation did not arise again, namely a child being placed under a restrictive regime which was unlawful as not authorised by the court.

The author would comment that it is not particularly helpful for local authorities to decline to actively consider the lawfulness of placements where there has been clear delay . The rights engaged in such cases are too fundamental for that. However in the Lambeth case, the judge declined to engage in a review of the restrictions applied historically, nor to make findings as to the nature, extent and timing of those restrictions. This case identifies that such issues are for determination in claims for damages under the HRA 1998.

The attention of practitioners is also drawn to the Practice Guidance of the President, with regard to the placement of children in unregistered children’s homes, which was issued on 12 November 2019, but updated as recently as 1 December 2020. The registration status of a placement for a child should be clear, and if it is not registered with OFSTED, then an explanation must be provided to the court as to why this is, the progress of any application for registration and the steps taken by the placing local authority to ensure that the placement is safe and suitable. If no application for registration has been made at the time that the order is made, then such an application must be made within 7 days. Practitioners will already be aware of the requirement for any order under the inherent jurisdiction which authorises a child’s placement including their deprivation of liberty in an unregistered placement, to be served on OFSTED by the local authority within 24 hours of the order being made. 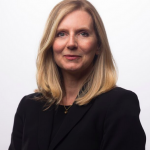