ONE SPOUSE’S WEALTH IS TIED UP IN A TRUST – WHAT CAN THE OTHER SPOUSE DO ABOUT IT? 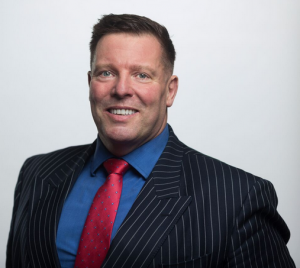 One spouse’s wealth is tied up in a trust – What can the other spouse do about It?

1. The Traditional Case – Views of Trustees

(a) The usual case – that most practitioners will have come across – is that where the assets are not owned by the spouse, but they are one of a number of discretionary beneficiaries under the terms of a trust; to whom third party trustees may, or may not, advance capital (or income) to enable that spouse (usually the husband) to meet his obligations to the ex-spouse under the terms of a court order within divorce proceedings.

(b) It is trite law, following the numerous Thomas v Thomas line of authorities, that the views of the trustees and the extent to which they are prepared to make monies available, if any, to fund a settlement of a [wife’s] claims are of pivotal, if not overwhelming, importance.

(c) The court can provide “judicious encouragement” to the trustees to advance capital (or income) to the spouse in question – but ultimately – if the trustees decline to exercise their powers in favour of that spouse – there is nothing the Family Court (or any other court can do about it).

Is there an alternative approach?

The Trust as a Nuptial Settlement

(a) Where a settlement can properly be described as ‘nuptial’ within the meaning of s.24(1)(c) of MCA 1973, it is open to the court to vary the settlement so as to make provision for either or both spouses or the children. The significant point in terms of enforcement is that where a variation is ordered, the court thereafter is entitled to enforce its order directly against the trust and the trustees – not simply the parties to the marriage .

(b) This makes the question whether a settlement is nuptial in character of central importance in dealing with assets held by trustees. If a trust cannot properly be said to be nuptial for the purposes of s 24(1)(c), the court has no power to make any orders binding on the trustees.

What Constitutes a Nuptial Settlement?

3. (1) whether a settlement is ‘nuptial’ is an issue of fact and has to be judged at the time when the settlement is made – not subsequently (see case law referred to at sub-para (6) below);

(3) in order to be susceptible to variation under s 24(1)(c), it is not necessary that the trust in question must be wholly nuptial in character. There must however be features that justify the description ‘nuptial’;
In Hargreaves v Hargreaves [1926] P 42 the court held it had no power to vary a settlement, made by either spouse, which was not made after, in contemplation of, or identifiable with, the marriage before the court, but merely gave the settlor power to appoint an interest to any future wife or husband.

(4) the description ‘nuptial’ may be appropriate by reference to a range of features, not necessarily merely to the identity of the beneficiaries;
The court is entitled to take into consideration all the relevant facts to ascertain what was the substance of the transaction.

In the case of Parrington v Parrington [1951] 2 All ER 916 the grant of an assured short-hold tenancy in respect of the former matrimonial home to the spouses by the trustees of a settlement did not prevent the court from exercising its powers under the MCA 1973, s 24 to vary an ante-nuptial settlement, as the real substance of the letting arrangement did not alter the relationship between the husband and his trustees.

In D v D and the I Trust [2011] 2 FLR 19 Baron J held that the matrimonial property and the trust holding its ultimate title was a post-nuptial settlement capable of variation. She considered that there was sufficient nuptial character because the property had provided the parties with a home and they had lived off the income of the farm enterprise.

(5) relevant factors also include, not only the ability to benefit, but also a dispositive power (if any) in the deed; the identity of the settlor, beneficiaries, and protector; and the provision of working capital to one of the parties to the marriage;

[79] Mr Mostyn and Mr Le Grice submitted that as it is common ground that neither the 1985 settlement nor the appointments made in 1986 and 1992 are ante-nuptial settlements, the issue is whether the 2005 deed has converted the earlier non-nuptial deeds into nuptial settlements or whether the 2005 deed is a free-standing post-nuptial settlement. They submitted that in the light of Burnett v Burnett [1936] P 1, which clearly establishes that a non-nuptial settlement cannot become a nuptial one, the 2005 deed cannot convert the earlier settlement and deeds into nuptial ones.
……..
[82] I accept that these submissions by Mr Mostyn and Mr Le Grice are correct.
The issue as to whether a trust was nuptial at its outset, and whether it can be subsequently nuptialised was considered by Sir Peter Singer, sitting as a High Court Judge, in Joy v Joy-Moarncho (No 3), [2016] 1 FLR 815.

At para [101] he follows the formulation contained in Burnett v Burnett [1936] P 1, at 16, that
‘in order to bring the section into operation, there must be a marriage which is the subject of the decree of divorce, and it is in contemplation of this marriage and because of this marriage that the settlement must be made’.
As to the possibility of nuptialisation he rejects observations made by Coleridge J at para [66] of Quan v Bray, [2015] 2 FLR 546 that a trust can become nuptialised, saying at para [107] that
‘if the marriage in question was not at [the time of settlement] in contemplation then looking back at it cannot retrospectively change the settlement’s characterisation from non-nuptial to nuptial’

Principles Upon Which the Court Will Operate

4. The principles which the court should apply in exercising those powers have been summarised by Munby J in Ben Hashem v Al Shayif [2009] 1 FLR 115. Those principles, which were cited without questioning in the Court of Appeal in P v P (Variation of Post-Nuptial Settlement) [2016] 1 FLR 437, are as follows:

”[290] Surveying all this learning, identifying what is of enduring significance whilst ruthlessly jettisoning what has become more or less irrelevant in modern conditions, I can perhaps summarise matters as follows:

(i) The court’s discretion under section 24(1)(c) is both unfettered and, in theory, unlimited. As Miss Parker put it, no limit on the extent of the power to vary or on the form any variation can take is specified, so it is within the court’s powers to vary (at one end of the scale) by wholly excluding a beneficiary from a settlement, to (at the other end) transferring some asset or other to a non-beneficiary free from all trusts. She points to E v E (Financial Provision)[1990] 2 FLR 233 and C v C (Variation of Post-Nuptial Settlement: Company Shares), [2003] 2 FLR 493, as illustrations of property held on trust being transferred free from any trusts to the applicant, in E v E a sum of £50,000 and in C v C shares in a Cayman company.

(ii) That said, the starting point is section 25 of the 1973 Act, so the court must, in the usual way, have regard to all the circumstances of the case and, in particular, to the matters listed in section 25(2)(a)–(h).

(iii) The objective to be achieved is a result which, as far as it is possible to make it, is one fair to both sides, looking to the effect of the order considered as a whole.

(iv) The settlement ought not to be interfered with further than is necessary to achieve that purpose, in other words to do justice between the parties.

(v) Specifically, the court ought to be very slow to deprive innocent third parties of their rights under the settlement. If their interests are to be adversely affected then the court, looking at the wider picture, will normally seek to ensure that they receive some benefit which, even if not pecuniary, is approximately equivalent, so that they do not suffer substantial injury. As Sheldon J put it in the passage in Cartwright which I have already quoted: “if and insofar as [the variation] would affect the interests of the child, it should be permitted only if, after taking into account all the terms of the intended order, all monetary considerations and any other relevant factors, however intangible, it can be said, on the while, to be for their benefit or, at least, not to their disadvantage”.”

Rayden & Jackson on Relationship Breakdown states as follows on this point:-
“Although the trustees of the settlement have no locus to originate an application for a variation of the settlement, they can be heard in opposition, and it is good practice to invite them to intervene in the proceedings at an early stage, and if they refuse, then consideration should be given to joining them as a party1. In TL v ML (ancillary relief: claim against assets of extended family)2 Mostyn J held at [36]:

”In my opinion, it is essential in every instance where a dispute arises about the ownership of property in ancillary relief proceedings between a spouse and a third party, that the following things should ordinarily happen:
(i) The third party should be joined to the proceedings at the earliest opportunity;
(ii) Directions should be given for the issue to be fully pleaded by points of claim and points of defence;
(iii) Separate witness statements should be directed in relation to the dispute; and
(iv) The dispute should be directed to be heard separately as a preliminary issue, before the financial dispute resolution (FDR).”
1 T v T (joinder of third parties) [1996] 2 FLR 357.
2 [2005] EWHC 2860 (Fam).

In DR v GR (financial remedy: overseas trust) [2013] 2 FLR 1534 Mostyn J held that FPR 2010, 9.13 did not require that an order for the joinder of trustees in an application to vary a settlement. The rule required notice of the application to be given to the trustees and to the settlor, if living. If trustees were served in accordance with this rule, and did not seek to be joined to the proceedings, any variation order would be valid and binding on them.

For what it is worth, this author’s view is that Moor J view is the preferable one.

6. (a) In cases where the other sides wealth is tied up in a discretionary trust and the
trustees are not prepared to co-operate in facilitating a reasonable settlement to your client, or are otherwise being obdurate – then this little used (almost forgotten?) provision of the MCA 1973 should be considered.
(b) Indeed, the fact that an order is directly enforceable against the trust (not merely the other spouse) is (especially after set back of Petrodel v Prest to family practitioners) of incalculable advantage.
(c) It will not be applicable in all cases – but where it is – it may be a powerful weapon in the armoury of a skilful solicitor to prise money from the trust.

Stephen Murray is a member of the Family Department at 18 St John Street. For more information on Stephen and the team, click here or contact a member of the family clerking team on 0161 278 8263 or via email family@18sjs.com