In our latest blog post, John Vickery analyses a recent decision showing that the Court retains a discretion whether to make an order under section 340 Insolvency Act 1986 against a creditor of a bankrupt, even when the Court is satisfied that the creditor has received a payment in preference to the bankrupt’s other creditors.

The recent decision in Re Peter Herbert Fowlds (a bankrupt) Bucknall and another (as joint trustees in bankruptcy of Peter Herbert Fowlds) v Wilson [2020] EWHC 1200 (Ch) is a reminder that the Court retains a discretion whether to make an order under section 340 Insolvency Act 1986 against a creditor of a bankrupt even when the Court is satisfied that the creditor has received a payment in preference to the bankrupt’s other creditors.

Mr Fowlds, the bankrupt, was made bankrupt on a petition presented by his son. The son had obtained judgment against the bankrupt in litigation relating to their business. The respondent, the recipient of the ‘preference’, was the bankrupt’s step-daughter. The bankrupt had engaged the respondent to provide him with forensic accountancy advice for the purpose of the litigation for which she had raised various invoices totalling £99,330.

Within two months of the judgment and with permission to appeal having been refused, the bankrupt realised his assets and paid the respondent 48% of the debt due to her and paid all his other creditors, other than his son, in full.

The issue was whether the Court should, nevertheless, exercise its discretion in favour of the respondent and not make a restorative order. Previous authority has determined that such discretion, where all other elements of the statutory provision are satisfied, will only be exercised in exceptional, “out of the norm” circumstances. The burden was on the respondent to demonstrate the case was ‘out of the norm’.

The Court considered the following factors:

The Judge held that factors 1 and 2 and the ‘prerequisite’ were important foundations for the respondent’s argument but that they would be insufficient without the addition of either the change of position or proportionality factor. The Judge held that either of factors 3 or 4 when added to factors 1, 2 and the ‘prerequisite’ were sufficient to take the case ‘out of the norm’. The Judge therefore exercised his discretion in favour of the respondent and made no order.

In reaching his conclusion, the Judge made the point that this case had an unusual set of circumstances and facts and that ‘out of the norm’ cases will be rare. 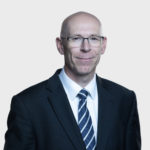 John Vickery is a member of the Business & Property Department at 18 St John Street Chambers. If you have any queries about this or any other related subject, please feel free to contact us on our usual contact details and we will be delighted to assist you.