Prenuptial agreements are drafted as a result of a couple’s desire to formalise and agree financial arrangements between them prior to entering into a marriage or civil partnership. Lisa Evans takes a look at prenuptial agreements in light of the recent case of S v H.

The reasons for signing a prenuptial agreement may be many and varied. However, one of the most compelling reasons will be a party’s desire to recognise a considerable difference in the parties’ pre-acquired wealth. Prenuptial agreements have had an increase in popularity but have also been the subject of judicial challenges.

The approach to, and status of, prenuptial agreements was considered by the Supreme Court in Radmacher v Granatino [2010] UKSC 42. In that case, the court clearly established that, contrary to previous authority, prenuptial agreements should be given effect provided that they were entered into freely and with full appreciation of their consequences. Therefore, whilst prenuptial agreements are not formally binding in England and Wales they are regarded by the courts as persuasive, and sometimes decisive, in applications for financial relief upon divorce (subject to the judicial overview of the section 25 criteria).

A number of reported cases since Radmacher have emphasised the principle that the Court is required to consider the fairness of any agreement. In Ipekçi v McConnell [2019] EWFC 19 Mostyn J attributed no weight to a prenuptial agreement between an American cosmetic heiress and her hotel concierge husband and made an order solely by reference to the principle of needs. The court held that it would be wholly unfair to give effect to the prenuptial agreement for the following reasons:

In the recent case of S v H [2020] EWFC B16, HHJ Booth considered the interaction between divorce proceedings, insolvency law and the validity of a prenuptial agreement.

This was a marriage of six and a half years in which the husband and wife had signed a prenuptial agreement 5 days before their wedding. That was a simple agreement which provided that there would be no mixing of the parties’ future property and that each of them would retain what they already had.

Following the breakdown of the marriage, the wife sought the full range of financial relief in her application, but due to her husband’s bankruptcy, she sought a dismissal of all claims and relied upon the prenuptial agreement. The husband sought a lump sum of £739,000 in order for him to discharge his bankruptcy, provide for his living expenses and to purchase a modest home.

On the issue of bankruptcy, HHJ Booth was of the view that the husband had been left with debts due to a lack of financial support from the wife during their marriage. The husband had no assets or income to contribute to the marriage and his financial contribution was dependent upon him borrowing significant sums of money from various sources. The Judge was also clear that the financial burden of the husband’s bankruptcy was substantially less than the assets in this case.

In considering the prenuptial agreement, the Judge was of the view that it had no value as there had been no formal disclosure in advance and neither party had sought any legal advice, other than from the notary who prepared the document, prior to signing.  These are both factors which have long since been established as either individually or collectively seriously undermining the weight to be attached to any agreement.

In any event, the Judge was clear that the terms of the agreement would not have met the husband’s needs, and ‘the fact that the parties have entered into a prenuptial agreement, is not necessarily the end of the matter’. This was clearly a needs case, and upon consideration of the section 25 factors, the Judge ordered the wife to pay a lump sum of £270,000 in order to discharge the husband’s debts. The Judge was satisfied that these debts had accrued during the parties’ marriage, and that the wife provided no financial support to her husband. The husband would also receive a mortgage-free property (subject to a trust in favour of the wife) as well as 60% of the wife’s pension.

The Judge went on to consider the net effect this would have on the wife and commented upon her significant borrowing capacity and the fact that the amount she provides for the husband’s housing will ultimately revert to her, and given the parties’ respective ages (56 & 69), that was in the not too distant future.

The case therefore highlights that whilst the circumstances in which a prenuptial agreement is entered into may be critical, in any event the court retains a discretion pursuant to section 25  to reject the agreement if its impact would result in unfairness by failing to meet the judicially assessed reasonable needs of one of the parties. The case in relation to prenuptial agreements therefore remains, that needs continue to trump all. 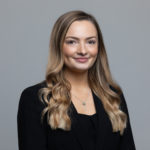 Lisa Evans is a member of the Family Department at 18 St John Street Chambers. If you have any queries about this or any other related subject, please feel free to contact us on our usual contact details and we will be delighted to assist you.