RENT IN THE TIME OF COVID-19

Elisabeth Tythcott analyses some potential implications for businesses, rent and the law as a result of the Health (Coronavirus, Restrictions) Regulations 2020.

At 1.00pm on 26th March 2020 the Health Protection (Coronavirus, Restrictions) Regulations 2020 SI 2020/350 (the Regulations) came into force. The Regulations required, amongst other things, that pursuant to Regulation 4, all businesses that came within Parts 1 and 2 of Schedule 2 should close with immediate effect for the duration of the “emergency period”. Further, Regulation 5 provided for the closure of additional businesses.

The “emergency period” is defined as starting when the Regulations come into force and ending “on the day and at the time specified in a direction published by the Secretary of State terminating the requirement or restriction”. Any person who “without reasonable excuse” contravenes a requirement in Regulation 4 commits an offence. It is fair to say that many more businesses than not are required to close as a result of the coming into force of the Regulations. Since then a whole raft of legislation has been introduced and the CPR augmented by provisions that, effectively, prevent landlords regaining premises by reason of the non payment of rent until, at the moment, the end of June 2020. This period could, however, be extended. It will be obvious that the current moratorium only kicks the can down the road. One day landlords will want their money!

Many businesses forced to close by the Regulations will be carried out from premises governed by the terms of a commercial lease. Few if any of those leases will, I suspect, contain any provision that governs the obligation to pay rent in circumstances where the tenant is prohibited from carrying on an otherwise legitimate business by reason of the intervention of an act of the State.

To paraphrase Lord Neuberger PSC in Marks & Spencer plc -v- BNP Paribas Securities Services Trust Co (Jersey) Ltd [2016] AC 742 each quarter’s rent paid in advance under a modern commercial lease can fairly be said to be referable to the tenant’s use and enjoyment of the demised premises for the forthcoming quarter. It is the tenant’s quid pro quo for being able to occupy and enjoy the premises until the next rent is due. If enjoyment and occupation are prohibited but the rent is still payable the result is a pure windfall to the landlord. As a matter of fairness, common sense would dictate that for so long as the tenant is prohibited from enjoying and occupying the demised premises the obligation to pay rent should likewise be suspended. However, the law does not operate on the basis of what is fair and so it is necessary to navigate its channels in an effort to establish a principled basis for the suspension of the obligation to pay rent.

As I see it, there are two arguments available to tenants who find themselves in the predicament of being unable to pay rent owing to the closure of their businesses. Each case will, of course, be fact specific and there will be circumstances where neither argument is available. However, as a matter of principle it would seem that there is no absolute bar to either argument. The first is that the covenant to pay rent has been frustrated so as to suspend the obligation to comply with the requirement to pay rent due under the terms of the relevant lease. The second is to imply a term into the lease that for so long as the tenant is prohibited from using the demised premises for the contemplated purposes of its occupation by reason of the Regulations, the obligation to pay rent is likewise suspended. I consider each argument in turn.

….frustration occurs whenever the law recognises that without default of either party a contractual obligation has become incapable of being performed because the circumstances in which performance is called for would render it a thing radically different from that which was undertaken by the contract. Non haec in foedera veni. It was not this that I promised to do.

The doctrine of frustration, therefore, seeks to determine which of two innocent parties must bear the loss as the result of circumstances for which neither is to blame.

It was unclear for many years whether the doctrine of frustration applied to leases at all. However, in considering this question in Cricklewood Property and Investment Trust Ltd -v- Leighton’s Investment Trust Ltd [1945] AC 221 the House of Lords, although not deciding the issue and by a majority, came to the conclusion that the doctrine could so apply. In his speech Viscount Simon LC stated at [228]:

But where it does arise, frustration operates to bring the agreement to an end as regards both parties forthwith and quite apart from their volition. Is there any good reason why this conception of frustration should not ever apply to a lease of land and result in its premature determination? I do not feel able to assert any a priori or absolute impossibility, though the instances in which the doctrine might apply to such a lease are undoubtedly very rare.

Equally, I have no qualms, in principle, with the proposition that the doctrine of frustration, where it does apply, can apply to specific covenants in leases as much as it can apply to the entirety of the lease itself. His Honour Judge Rubin stated in Francis -v- Cowlcliffe Ltd (1977) 3 P&CR 368 at [373] “I accept that the doctrine of frustration can apply to a covenant in a lease so long as it creates a continuing or future obligation.” It goes without saying that the obligation to pay rent continues throughout the term of the Lease. But if the doctrine does apply it is usually terminal in its effect in that it brings to an end immediately the contractual relationship between the parties. I would venture to suggest that most tenants would not want to achieve such an all or nothing result. It is for that reason that the argument would proceed along the lines that the covenant to pay is frustrated for so long as the tenant’s business cannot be operated by reason of the currency of the Regulations.

It is not just the tenant’s side of the bargain that is frustrated either. The effect of the Regulations is to render performance of the lease by the landlord frustrated as well. Landlords could, in theory, be susceptible to arguments that they have derogated from their grant insofar as the tenants cannot occupy the demised premises for the purposes of their businesses, again through no fault of the landlord.

I have to express some concern by the operation of what would seem, at first sight, to be a blunt instrument without the slightest scope for a nuanced application. As was stated by Viscount Simon LC in Cricklewood at [232] “Frustration, where it exists, does not work suspension but brings the whole arrangement to an inevitable end forthwith.” But Lord Simon of Glaisdale articulated this concern in National Carriers Ltd -v- Panalpina Ltd [1981] 2 WLR 45 at [70B] where he stated:

I would, however, presume to suggest that consideration should be given to whether the English doctrine of frustration could be made more flexible in relation to leases. The [Law Reform (Frustrated Contracts)] Act of 1943 seems unlikely to vouchsafe justice in all cases. As often as not there will be an all -or -nothing situation, the entire loss caused by the frustrating event falling exclusively on one party, whereas justice might require the burden to be shared.

Both in the quantitative and qualitative terms spoken of by Lord Simon in Panalpina at [69F] the performance of the obligation to pay rent in accordance with the literal terms of any lease would differ so significantly from what the parties reasonably contemplated at the time of execution that it would be unjust to insist on compliance with those literal terms until such time as the Regulations are terminated in accordance with Regulation 3(1). If there is no business, there is no way in which the rent can be paid.

It has to be accepted that the current facts represent unchartered legal territory. The cases that involve wartime interruption provide a relatively clear framework for the operation of the doctrine of frustration and the possibility that it has a suspensory quality as a gloss on the terminal conclusion normally wrought has yet to be tested. However, it seems to me that it is certainly arguable and the conclusion that the obligation is suspended pro tem strikes a proportionate balance between the interests of the landlord and the tenant

The alternative argument is that there is to be implied into a lease a term that for so long as the Regulations are in force and a tenant is prohibited from operating its business the obligation to pay rent is suspended. It is well settled, since at least the decision of the House of Lords in Liverpool City Council -v- Irwin [1977] AC 239, that terms can be implied into leases where the relevant conditions are satisfied. The law as to the implication or interpolation of terms on the grounds of necessity to give a contract proper business efficacy has been reviewed, and in some respects reformulated, by the Supreme Court in the Marks & Spencer plc -v- BNP Paribas case.

In that case the Supreme Court expressly approved the decision of the Privy Council in BP Refinery (Westenport) Pty Ltd -v- President, Councillors and Ratepayers of the Shire of Hastings (1977) 52 ALJR 20 as to the test to be applied when considering whether a term should be implied into a contract, as set out in the speech of Lord Simon at [26], and also made additional observations:

In a lot of cases it would be clear that the business intended to be run from the demised premises would be the vehicle by which the rent under the lease was going to be paid. Without a business, temporarily prohibited from operating by reason of Regulations, there is no mechanism by which the rent can be paid. The implication of a term into a lease suspending the payment of rent in the current circumstances is entirely arguable in the light of the principles set out above.

We are, in more ways than one, in strange times and these are, to a certain extent, novel arguments that have not been reported not least because there has not been a global pandemic for over 100 years. They do, however, provide a framework for an approach in the event that a landlord does not take a commercial approach to any informal request for a suspension of the obligation to pay rent. 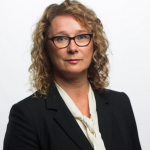 Elisabeth Tythcott is a member of the Business & Property Department at 18 St John Street Chambers. If you have any queries about this or any other related subject, please feel free to contact us on our usual contact details and we will be delighted to assist you.