This article is a brief update on the changes to the Practice Direction at CPR 32 in relation to foreign language statements and the urgent changes that need to be introduced in cases involving non-English (or Welsh) speakers.

This change, along with the other most recent updates, have been very helpfully highlighted by Sarah Wait in her blog, which you can find on our website by clicking here.

Now that the position has been reinforced within the rules, there is likely to be, understandably, concern over the non-recoverability of translation fees as a disbursement under the fixed costs regime within CPR 45 in light of the decision in Aldred v Cham [2019] EWCA Civ 1780.

Aldred v Cham [2019] EWCA Civ 1780
Aldred v Cham involved a dispute over the recoverability of Counsel’s fees for an Advice on Quantum for a child. The claim arose from a road traffic collision. The case started in the portal, but dropped out as liability was initially denied. An offer from the Defendant was made to settle the claim and Counsel was subsequently instructed to draft an Advice on Quantum. Paragraph 5.2 of Practice Direction 21 states:

(1) ‘An opinion on the merits of the settlement or compromise given by counsel or solicitor acting for the child or protected party must, except in very clear cases, be obtained.’

Pursuant to Counsel’s advice, the offer was accepted and Part 8 proceedings issued for an Infant Settlement Hearing to be listed to approve the agreed settlement. This proceeded and as the matter had begun life in the portal but dropped out, the correct costs regime was Section IIIA of CPR 45. The costs Judge (District Judge Hale) allowed Counsel’s fees of £150 + VAT as a disbursement falling under CPR 45.29I on provisional assessment.

At oral review, DJ Hale did not alter his view.

The Circuit Judge on appeal (HHJ Owen QC) upheld DJ Hale’s decision on the basis that if the Claimant is a child, then by virtue of the requirement to obtain counsel’s advice on valuation, this would constitute a particular feature of the dispute pursuant to CPR 45.29I(2)(h). There was no justification, in his view, for the suggestion that those fees would be provided for within the fixed recoverable costs (paragraph 21 of HHJ Owen QC’s judgment).

The issues for the Court of Appeal were (paragraph 31):
1. ‘Was counsel’s advice “due to a particular feature of the dispute”?
2. If it was, was the cost of it a disbursement reasonably incurred which the court should allow, in addition to the fixed recoverable costs?’

The Court considered two conflicting decisions; HHJ Wood QC (Liverpool County Court) in Olesiej v Maple Industries (2012) and Master Campbell in Madej v Macizyn [2013] Lexis Citation 143, both of which concerned the recoverability of translator fees in cases where the Claimant was not an English speaker. The former case refused to allow the disbursement as not being a particular feature of the dispute but rather the Claimant. The latter allowed the disbursement on the basis that the characteristic of the Claimant could fall within 45.29I(2)(h).

The Court of Appeal preferred the decision of HHJ Wood QC. The fact that the Claimant was a child, or someone who could not speak English had ‘nothing whatever to do with the dispute itself’ (paragraph 35).
On issue 1 therefore, the appeal was allowed and the answer was effectively ‘no.’

In relation to issue 2 and whether, if the Court was wrong on issue 1, the fee was recoverable, Lord Justice Coulson was of the view that it was not recoverable under CPR 45.29I(2)(h) but rather would be deemed to be included within the fixed recoverable costs within Table 6B (paragraph 65).

The other justices agreed on issue 1 and both expressed some reservation about issue 2.

Implications
Although the case did not principally focus on translator fees, these were discussed by reference to previous case law; claims for disbursements pursuant to CPR 45.29I(2)(h) on the basis of a characteristic of the claimant, rather than the dispute itself, will not qualify as being recoverable. The above decision naturally raised (and continues to raise) concern over translator fees in cases that have dropped out of the Portal and would fall to be considered within the fixed recoverable costs regime.

The decision of the Court of Appeal appears to be even more problematic for litigators with the recent changes to the Practice Directions at Part 22 and 32. There is now a requirement for witness statements to be translated in the witness’s own language if so required but these fees, prima facie, are not recoverable.

Not only that, but confusion may also arise from paragraphs 2.1 and 2.2 of Practice Direction 22 being distinct as between witness statements verses other statements of case, but paragraph 3A.1 of 22PD states:
‘Where a document containing a statement of truth is to be signed by a person who is unable to read or sign the document, other than by reason of language alone, it must contain a certificate made by an authorised person.’

Notice the addition of ‘other than by reason of language alone.’ The question that is left open by this, is that it would appear to be inconsistent with paragraph 2.4 of 22PD and the limitation of 3A.1 of 22PD for the body of a statement of case (as distinct to a witness statement) being in English but the statement of truth being in the witness’s own language if the witness is signing the document.

The cost of translating statements of case as well as providing an interpreter for trial is likely to exceed the fixed costs that will be recoverable in a Fast Track personal injury claim. This creates a significant issue in terms of access to justice for those claimants who are non-English (or non-Welsh) speakers.

Current position of Aldred v Cham
The Personal Injury Bar Association (PIBA) has indicated that the Claimant in the original action (Respondent on appeal) has made an application for permission to appeal to the Supreme Court and that a decision on that application is currently awaited. PIBA has indicated their interest in this potential appeal.

For those that are affected by the above, watch this space. We will update you if/when we hear more.

Going back to the Practice Direction update, in recent weeks due to the current situation, a lot of hearings have been vacated and there has been a concerted effort by many courts to keep matters in the lists to be heard remotely, whether by video or telephone. Sensible precautions are being taken. As to those litigators taking statements, note the new Practice Direction 51ZA gives parties a temporary provision to agree extensions of up to 56 days before the Court’s permission is required.

18 St John Street Chambers is open for business. All members of our civil team are available as normal to provide the same high quality and responsive service, whether by telephone or other means. We are all equipped, trained and available to take instructions in relation to remote hearings using technology including (but not limited to) Microsoft Teams, Skype for Business and Zoom.

Please feel free to contact us on our usual contact details and we will be delighted to assist you. 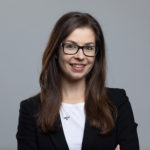 Bethany Wilson is a member of the Civil and Personal Injury Department at 18 St John Street Chambers. For more information, please click the links above or contact a member of the civil clerking team on 0161 278 8261 or via email civil@18sjs.com