After being piloted in London in January 2008, the Family Drug and Alcohol Court (FDAC) has now been set up in Stockport. Farah Ahmed takes a look at the reasons behind setting up the court and its jurisdiction and processes.

After being piloted in London in January 2008, the Family Drug and Alcohol Court (FDAC) has now been set up in Stockport since January 2021 and is aimed at families where children are at risk of parental substance misuse. It is anticipated that by April 2021 there will be 14 FDAC sites across the UK serving 35 Local Authority areas.

Families are selected by the Local Authority for FDAC where there is a history of parental drug or alcohol misuse that is impacting on, or likely to impact on, the children’s health and development. It is, however, accepted that the parents will often have additional and other issues such as domestic abuse or mental health difficulties and assistance and support will also be provided in relation to these issues.

The Local Authority select a family on the basis that the parents are demonstrating a willingness to change. This becomes crucial given that places for FDAC are limited. FDAC is completely voluntary and the parents can opt out at any stage and continue their case along the usual care proceedings route.

The success of FDAC in other areas is such that the President of the Family Division has said “The FDAC approach is crucially important. The simple reality is that FDAC works… FDAC is, it must be, a vital component in the new Family Court”, Re S (A Child) [2014] EWCC B44 (Fam) [2014] 2 FLR at paras 35 to 38.

The figures speak for themselves and certainly one can see the attraction in ensuring a client is placed under FDAC for potential lasting change.

Given that the approach of FDAC is problem solving there is a multi-disciplinary team of specialists offering support with a potential family:

The key is to give the parents support and advice on being abstinent from drugs and alcohol, as well as domestic abuse and criminal activity. Regular testing will take place by FDAC to monitor and assess. This is essentially why it is crucial to the process that parents who engage are demonstrating a willingness to change.

What does FDAC entail?

Once a family has been selected for FDAC they will be informed in writing prior to the first hearing.  The parents may still have their children placed in foster care whilst engaging with the FDAC process and what professionals may find is that at the first hearing you will engage with the FDAC court with the designated FDAC judges (DJ Manasse and DJ Crisp at the Manchester Family Court) as well as considering the usual interim care order and removal hearings. The parents then have to make it clear whether they want to engage with the FDAC process.

Between the first and second hearing the parents will take part in an assessment day and an intervention planning meeting where a plan is agreed for the court’s approval at the Further Case Management Hearing. This sets out the timescales for the children, the parents’ goals and the treatment and support that will be provided. The parents also sign an undertaking to be open and honest with the court. This plan is reviewed every 2 weeks (with short reports provided to the Judge) and can be modified accordingly. Also included in this initial assessment is a mental health screen and where appropriate an FDAC Adult Psychiatrist will assess in the first 8 weeks.

Around 8 weeks the FDAC Child and Adolescent Psychiatrist will chair a Children’s Needs Meeting with the parents, foster carers, teachers, social workers, Guardian and potentially others to assess the children’s needs.

The idea is that after the parents have been able to demonstrate a period of abstinence and that they have made progress with their own problems, an assessment of the parents’ relationship with their children and capacity to meet their children’s needs is undertaken.

By the third intervention planning meeting (around 18 weeks) the FDAC team will advise whether the parents have made enough progress for their child to be permanently placed in their care. Similar to the standard court process the intention is for the case to conclude by 26 weeks with an Issues Resolution Hearing at around 20 weeks.

Although FDAC is not enshrined in any legislation it follows the PLO timetable with the aim of cases completing within 26 weeks.

During the fortnightly reviews the FDAC team will review the plan and assess attendance for treatment and results for drug and alcohol testing. The aim is to see improvement with abstinence, understanding and repairing their underlying substance misuse (or domestic abuse and mental health problems) as well as support around being more responsive with their children and wider families.

The success of the FDAC is the non-lawyer review hearings where the District Judge has a more supportive, encouraging and emphatic role, with a requirement of the same Judge on the case as part of developing a relationship with the parents.

Naturally for legal representatives it goes against the grain to have potential meetings where the Judge and social work team, the Children’s Guardian and the parents are present but the legal representatives are not. However, the role of the parent’s legal team remains the same during the 3 court hearings and it should be remembered that the purpose behind the non-lawyer reviews is completely different to the court hearings.

Further information about FDAC can be found here : https://fdac.org.uk/

However with such a range of services on offer and regular testing of the parents, the FDAC process becomes an incredibly attractive option for families and professionals alike. FDAC has only just started in Stockport this January 2021 and it envisaged that it will become a vital resource locally. Judging by the statistics one can imagine that many other local authorities will be wanting to sign up to this process. As such the teething problems identified in my own experience will be ironed out in time. 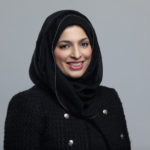 Farah Ahmed is a member of the Family Law Department at 18 St John Street Chambers. Farah has considerable experience in serious and complex public law cases and has regularly been instructed on behalf of Local Authorities, Parents, Children’s Guardians and the Official Solicitor.

For more information on Farah and the rest of the department, please click the image below or contact a member of the family clerking team on 0161 278 8263 or via email family@18sjs.com