The Adoption and Children (Coronavirus Amendments) Regulations 2020 came into force on 24th April 2020. Eight weeks on, Vanessa Lau provides an update as to where we are now…

Chambers published an article by my colleague Evonnie Chan concerning The Adoption and Children (Coronavirus Amendments) Regulations 2020 which came into force on the 24th April 2020. Evonnie’s blog ended with the following questions: how are professionals to ensure that children are seen and heard and what legislation can be put in place to make sure children are protected from harm?

Since the regulations were passed by parliament, professionals have had time to digest the various amendments and there now appears to be a growing call for a review or in some cases a revocation of these amendments.

On the 8th June 2020, an article appeared in The Independent titled “Children in care at risk from new lockdown rules with demand for review of “unjustified” cuts.” The article highlighted the views of the Children’s Commissioner Anne Longfield that the amendments were “not necessary or justified” and should be “ revoked now”. This was followed by a Commons debate on the 10th June with the Labour Party seeking for the immediate withdrawal of the same.

Running alongside these developments is an application to the High Court by the children’s charity Article 39 for a judicial review of the amendments by the Department of Education. In challenging the government, Article 39 seeks an order that the amendments to existing regulations should be quashed and that they are a disproportionate response to Covid-19.

Readers are encouraged to read for themselves the article by the Independent and the position of Article 39. As mentioned by Evonnie in her previous blog and within these articles, the amendments are numerous, one suggestion being that there are at least 65 changes to the current regulations.

From the perspective of a child care practitioner, of particular interest are the amendments to the Care Planning, Placement and Case Review ( England) Regulations 2010, in particular visits to children in care, reviews for looked after children and the role of the Independent Reviewing Officer (IRO). Within court proceedings, looked after children (LAC) reviews and IRO meetings are often resigned to recordings and directions set out in orders following the conclusion of interim and final hearings. However, despite their limited appearance within the court arena, one cannot underestimate their importance both for parents and for the subject child.

Parents often are advised as to the opportunity to attend such reviews and raise any concerns with IROs. As well as the parents, this is the forum in which a child can raise concerns about his or her placement. This is clearly a safeguarding mechanism to ensure that the child’s welfare is being met outside of the court arena and provides some reassurance to parents.

The amendments to these regulations are significant. The need to undertake visits to a placement on a set basis has now been replaced with the phrase “ as soon as is reasonably practicable” and also appears for LAC reviews. For the IRO, a LAC review could previously have been adjourned for up to 20 days if the IRO was not satisfied that the local authority had provided sufficient information. This has now been replaced with an amendment which allows an IRO to adjourn a review for an unspecified reason.

Where does this leave us? The emergency amendments were brought in at a time when there was a worry that the spread of Covid-19 would impact the number of workers on the ground able to facilitate assessments, visits and meetings, all necessary parts of any work in the child protection sphere. On that reading, one can appreciate the need for such regulations.

However, whilst nationally the country remains in a state of emergency, there has been a concerted effort to adapt our methods of working to a “new normality”. Overnight, family practitioners have converted their practices to facilitate remote hearings. Other professionals within the children protection field have also done the same. One might suggest that this need to adapt should also apply to the local authorities at the front line of protecting vulnerable children and that all important meetings and reviews should continue to be held at set times to ensure there are appropriate checks and balances. The phrase “as soon as is reasonably practicable” does in many respects sound like a seasoned lawyer’s phrase for “ I will do as much as I can, when I can but don’t tell me off when it isn’t done in time”. That is all very well when one is trying to email a judge with a draft order. Not so much when one is sharing parental responsibility for a vulnerable child, the author noting that as of January 2020, there were over 78,000 children in care.

Whilst the Labour Party’s motion for the immediate withdrawal of the regulations was ultimately defeated, the levels of opposition were noticeable. Pertinent questions were being raised as to which stakeholders had been consulted prior to the passing of the regulations and indeed which local authorities had requested and have subsequently relied upon the regulations. Interestingly the Children’s Minister did not provide any detailed response to such questions.

The growing concerns are encapsulated in Article 39’s application for judicial review. Article 39 refers to the lack of public consultation or time given for parliamentary scrutiny and debate of the regulations. Article 39 also raises concerns that we have in effect been here before with previous attempts by the government to pass laws allowing local authorities to opt out of their duties to vulnerable children.

In short, times of national emergency often require drastic measures. Balanced against this is the need to ensure that those most at risk within society continue to be safeguarded. The emergency regulations allow the Secretary of State to review the effectiveness of these amendments. The Children’s Minister herself has stated that the regulations are “flexibilities which should only be used when absolutely necessary and in the interests of the child.” It is with interest that the decision of the High Court is awaited as to whether this is sufficient. 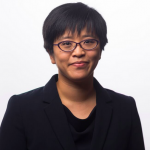 Vanessa Lau is a member of the Family Department at 18 St John Street Chambers. If you have any queries about this or any other related subject, please feel free to contact us on our usual contact details and we will be delighted to assist you.