WHIPLASH REFORMS 2021 – CONSIDERATION OF THE RULES AND REGULATIONS

These come into force on 31st May 2021 and apply to claims for personal injury arising out of road traffic accidents which occur on or after this date. This blog updates you on these amendments and also on the ways in which we, the 18 St John Street Chambers Civil team, can continue to provide first class support to you and your clients in the light of the changes.

The Civil Procedure (Amendment No.2) Rules 2021

-An increase in the Small Claim Track limit for RTA injury claims for accidents occurring on or after 31st May 2021; and

-The prohibition of offers or settlement prior to receipt of medical evidence in RTA whiplash injury cases.

The framework for the operation of these changes is set out in the new RTA Small Claims Protocol and the new Practice Direction 27B, which also provide guidance to parties on making and settling RTA injury claims within the new Online Injury Claim Service Portal.

The generic term ‘Compensator’ is used throughout the new Rules and Regulations to describe insurers, the MIB and anyone else paying compensation and that term is used as such throughout this article.

The major change brought about by the Rules is an increase to the Small Claim Track limit for RTA injury claims to £5,000 for accidents which happen on or after 31st May 2021 (CPR 26.6). It should be noted at the outset that this limit applies to the value of the pain, suffering and loss of amenity (PSLA) aspect of the claim alone, and the overall limit for the entire value of the claim remains at £10,000.

There are some exceptions to the new £5,000 limit, with whiplash claims for Claimants who are children and protected parties being allocated to the Fast Track irrespective of value, and non-whiplash RTA injury claims for these parties remaining subject to the current £1,000 limit. All injury claims involving vulnerable road users i.e. cyclists, motorcyclists and their passengers, pedestrians, horse riders and mobility scooter users remain subject to the £1,000 limit as do claims where the Claimant is an undischarged bankrupt or the Claimant or Defendant is the personal representative of a deceased person or where the Defendant is a driver of a non UK registered vehicle.

There will, of course, be otherwise eligible cases which fall outside of the ambit of the Online Injury Claims Portal. Claims may be taken out of the Portal where either the Claimant or Compensator believes that the value of the claim exceeds the Small Claim Track limit or where the claim involves complex matters of fact or law.  Claims will also leave the Portal where allegations of fraud or fundamental dishonesty are made by the Compensator, however where causation of injury is in issue claims stay in the Portal in order for the Claimant to obtain a medical report and request an offer, after which point the Compensator has a period of 20 days in which to dispute causation.

The second major change brought about by the Rules is a prohibition, in whiplash injury claims, on offers being made or settlement reached prior to the Compensator having sight of a medical report in relation to the injury (RTA Pre-Action Protocol paragraph 7.44B)  In most cases this will be a fixed cost MedCo report.

The Civil Liability Act (2018) Commencement No.1 and Transitional Provision) Regulations 2021

The Regulations introduced the tariff for damages for whiplash injuries sustained in RTAs which occur on or after 31st May 2021.

As will be noted from the table below, the tariff provides for an increase in damages at three months intervals with a minimum of £240 for whiplash only injuries resolving within three months and a maximum of £4,215 for whiplash only injuries resolving within 24 months (see column Regulation 2(1)(a) below).  Where a Claimant suffers more than one whiplash injury as a result of the same accident, the injury with the longest duration will be used to determine the tariff applicable.

A small, fixed amount is added to the tariff where ‘minor’ psychological injuries are suffered in addition to whiplash injuries (see column Regulation 2(1)(b) below), and an uplift of up to 20% is permitted in exceptional circumstances where the Court is satisfied that a Claimant’s whiplash injury is exceptionally severe or where their individual circumstances increase the pain, suffering or loss of amenity sustained.

The tariffs are as follows:

A variety of procedural requirements are set out within the RTA Small Claims Protocol and the new Practice Direction 27B and it will be essential for those dealing with claims falling within the scope of the new Rules and Regulations, via the Online Injury Claim Service Portal, to familiarise themselves with the same at an early stage.

The changes will require a new approach to the valuation of the PSLA aspect of RTA claims.  Aside from additional minor psychological injuries, which are covered by the tariffs set out above, additional non-whiplash injuries suffered by a Claimant will continue to be valued by reference to the Judicial College Guidelines and relevant case law.  It is not clear how the courts will approach assessment where there are tariff and non-tariff injuries side by side and although it is anticipated that the approach will continue to be one which has regard to the totality of a Claimant’s injuries, case law will be needed to see how these claims bear out in practice.  The same can also be said of claims involving additional minor psychological injuries or cases where the whiplash injury is said to be exceptionally severe.

Medical evidence is not strictly required by the Rules and Regulations to support a claim for an uplifted award by virtue of additional minor psychological injuries or via the 20% uplift for exceptional cases, however it appears likely that these increases to awards will, in practice, be limited to cases in which the medical evidence does support these increased awards.

In line with the current position on costs in Small Claim Track matters, costs will be unrecoverable in relation to claims falling within the increased Small Claim Track limit, save for those set out in new Practice Direction 27B.

Where a successful Claimant has not proceeded under, or has failed to comply with, the RTA Small Claims Protocol, the Court may order (CPR 45.29M) a Defendant to pay no more than the costs which the Claimant may recover under the new Practice Direction 27B.

Those involved in dealing with claims falling within the scope of the new Rules and Regulations would be prudent to familiarise themselves at this stage with the new RTA Small Claim Protocol, the new Practice Direction 27B and the Online Injury Claim Service guidance which provide the framework by which RTA small claims will be dealt with for accidents on or after 31st May 2021.

In addition to the multiplicity of procedural changes required as a result of the new Rules and Regulations, it is clear at the outset that a different approach will be also be required to the valuation of injuries and the subsequent implications for how claims are managed.  It will be more important than ever for both sides to ensure that robust and realistic valuations are made, in cases which are more complex than those previously seen on the Small Claims Track, to ensure that costs are recovered where appropriate.  Obtaining early input from Counsel in more complex cases where the PSLA value is thought or suggested to be in excess of £5,000 may prove to be cost effective.  Consideration will also need to be given to the drafting of instructions to medical experts in cases involving minor psychological injuries  and whiplash injuries which are thought to be exceptionally severe, in order to assist the court in assessing a claim for uplift by virtue of these factors.

It is hoped that this blog provides some food for thought in respect of the upcoming changes, and further updates will be provided by the 18 St John Street Civil Team as further guidance and new case law emerges.  As always, if you require any support or guidance in understanding the practical implications of these recent amendments on your practice, please do not hesitate to contact us and we would be delighted to assist you. 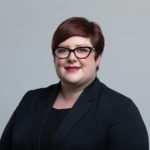 Sarah Wait is a member of the Civil and Personal Injury Department at 18 St John Street Chambers. Sarah takes instructions in a wide range of personal injury matters including fast track trials, Stage 3 and Disposal Hearings, interlocutory hearings, small claims and costs and case management conferences. For more information, please click the links above or contact a member of the civil clerking team on 0161 278 8261 or via email civil@18sjs.com